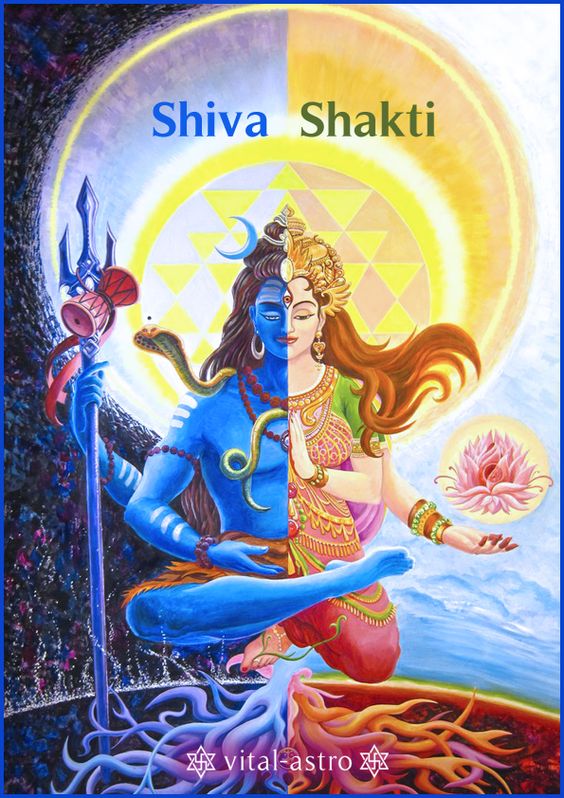 Shakti is one of the most important goddesses in the Hindu pantheon, she represents the feminine, the creator, the nurturer. Shakti’s love is a mother’s love, she brings things into being, nurtures and sustains, providing warmth and security.

Shiva (Purusha) is the unchanging, unswayable, unlimited observer while Shakti (Prakriti) is the divine cosmic energy that makes things happen.

Shiva and Shakti, Purusha and Prakriti are two sides to the same coin, the feminine and the masculine. Only when the two combine can action take place and creation arise. Pure consciousness alone is dormant power that is unable to cause anything to happen, it produces nothing and, at the same time, action without consciousness is ignorant, aimless, misguided.

One way to describe this relationship is to say that Purusha is the empty screen upon which Prakriti projects her colorful film.   Another teaching describes this intricate and important relationsihp this way, “Purusha without Prakriti is lame, Prakriti without Purusha is blind.”

It is important to honor both energies that reside within all of us.