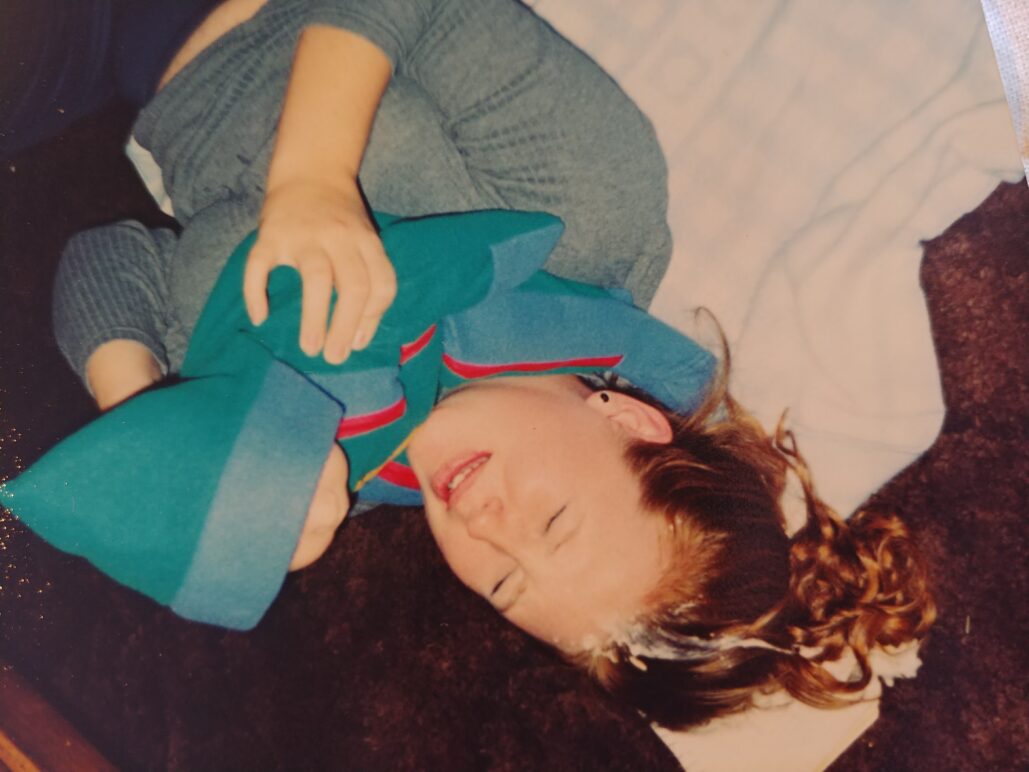 Taking care of a newborn and recovering from birth is hard work. It’s so easy to get overwhelmed as a new parent… Is baby getting enough milk? How many dirty diapers have we had today? Did I eat? What day of the week is it again?

In the moment, things may seem so hard but looking back on it I always smile and often laugh. To lighten things up, I’d like to share with you some of my funny postpartum experiences. Enjoy!

Baby’s first poop is unlike anything you’ve ever experienced. My parents always told me it was like tar; they weren’t wrong. It is dark and thick and you will need a gajillion wipes, but don’t worry  it quickly changes to what looks like cottage cheese mixed with mustard.

Mom’s first poop….Oh how I was dreading this. I went home with some stitches in my vagina and was convinced that my first bowel movement was going to tear them out. It had been 5 days since I had a bowel movement, FIVE DAYS!!!! But I made sure to drink lots of water and I took the stool softeners the doc gave me and I was fine. But looking back at how scared I was to poop is hilarious to me now.

I had never seen a pad so big in my life. That thing was seriously HUGE. And those mesh undies???? I remember thinking “there’s no way I’m going to wear those.” I packed my cute undies and took them to the hospital with me- ha! Wishful thinking. After I gave birth, I was so very thankful for those magical, beautiful mesh undies that oddly were super comfy. I actually looked forward to those amazing undies with my later pregnancies.

I know it doesn’t happen for everyone, but lord have mercy my boobies were ginormous. I was a 32B when I got pregnant. I grew to a 36C During pregnancy (and honestly enjoyed that- I finally had boobs!). Three days after my son was born I woke up with boobs so big nothing fit. I called my mom to take me shopping. I was horrified when I realized I was now a 38DDD!!!

While I was looking at bras, my mom, who likes to be helpful, started helping 2 gentlemen who looked completely lost in the bra section of Walmart. They were shopping for their wives and had no idea what size to buy. My mom pointed to her chest and asked if their wives were similar. The older of the men shook his head, smiled and said “No, much bigger! Like her!” and then he pointed at me. And that’s the story of how I started ugly crying right there in the middle of the store, feeling more embarrassed than I ever had, while simultaneously terrifying two men just trying to buy bras for their wives.

Being Peed On, Pooped On & BLOW OUTS

Oh yeah, it’s gonna happen. FYI baby boys aren’t the only ones who’ll pee on you. My oldest daughter peed or pooped on me nearly every time I changed her diaper for the first month. It’s not as gross as you might think it is. Or maybe it is, but because they are our hearts personified it’s easier to get over it. Just make sure when you leave the house your bag is thoroughly packed- with way more diapers and wipes than you think you’ll need, a change of clothes for the baby and maybe throw in an extra shirt for yourself.  Better yet maybe just keep a little bag of extra supplies in your car at all times for emergencies. Blowouts are sneaky little devils and there’s no way to know when to expect one… but believe me, it’ll happen, and the amount of poo that can come out of your little one will surprise you! There were times that I just threw their entire outfit away.

Spit Up in Your Mouth

Yup, it’s just as gross as it sounds. I don’t think my oldest son ever did this, but I definitely remember this happening with my younger two. With my oldest, I remember I was lying down on the floor and he was sitting on my chest, with his little legs on either side of my neck. He was laughing we were having a good ol’ time, next thing you know he spit up all over my face! I couldn’t see. I was calling for husband to come grab the baby, hubby took one look at me and burst out laughing. I started crying, cause hubby walked away and left me there with my face covered in baby vomit. Where did he go, you ask? To get the camera! We’re old and smart phones weren’t a thing yet, so we had a camera with film and everything (that in itself is funny, now). He snapped a few pics, grabbed the baby and threw some wipes to me so I could get cleaned up. I don’t blame him, I would’ve done the exact same thing to him.

Becoming a parent is often messy and gross, but oh is it fun! It’s hard and overwhelming, but oh is it rewarding! It’s tiring and unrelenting, but oh the memories you collect! Memories that you get to keep and treasure when you’re like me – out of the thick of new parenthood, learning what it’s like to parent adult children, and able to look back at all the craziness that is the sacred postpartum and smile and laugh.