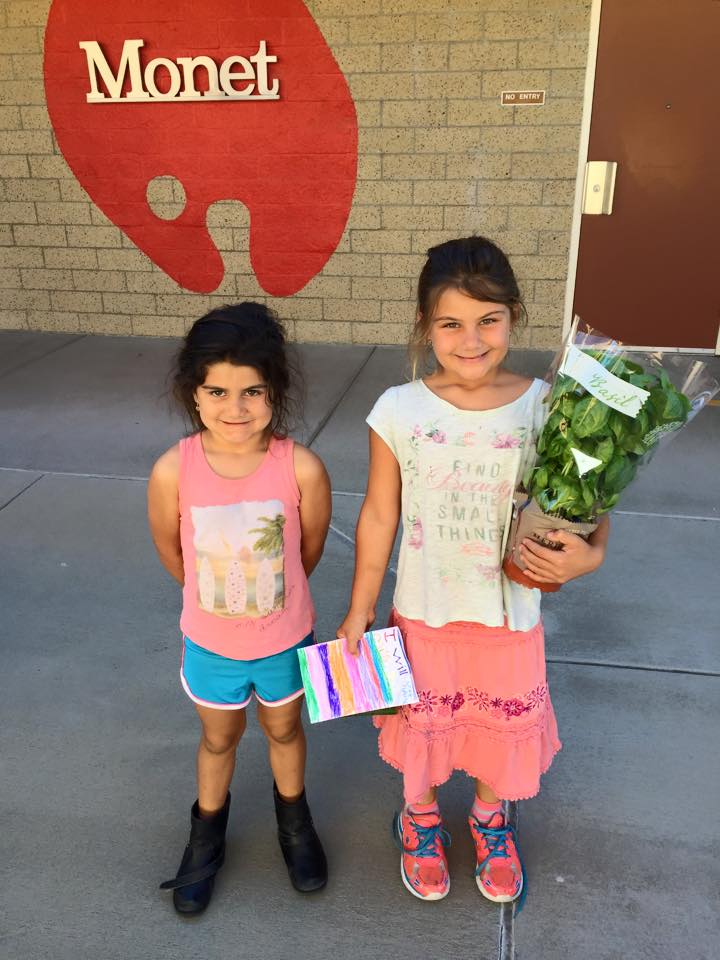 Courage means something different for everyone. It might be courageous for you to speak in public, yet someone else may not bat an eye at that.

I’ve been thinking a lot lately about what courage means to me as a mom, and I think it comes down to the courage to let my kids fail and the courage to not care what others think.

I remember getting Yianna ready for kindergarten – she is my oldest and so it was a tough transition for all of us.  She was going through a period where she would not let me get within three feet of her with a hairbrush and absolutely refused to wear anything but one t-shirt and the same pair of purple polka-dot pajama pants which eventually had holes in the knees (which she would not let me sew).

We fought and we cried (I mean like really, really cried).  Ultimately my wise husband sat me down and said, “Why do you care so much what she wears to school?”  That made realize that I cared so much because I thought letting her wear what she wanted would make it look like I didn’t love her, like I wasn’t taking care of her, like I wasn’t doing my job.  But Nick looked me in the eye and said “because you love her, you have to support her and let her wear what makes her feel comfortable and secure.”

The next day I went out and bought four more of the same t-shirt so I wouldn’t have to do laundry every single day and I made my peace with it.  For me, that took courage: the courage to not care what other people thought and to be comfortable knowing that I was doing the best thing to help support my little girl in a big scary new environment.  My child was loved.  My child was healthy.

When we don’t have the courage to let our kids fail because we think it will reflect poorly on us, we are doing them a disservice.

I was recently listening to a podcast where the mom was talking about how stressed, overwhelmed, and chaotic her mornings were making breakfast and lunches for her 12 and 14 year old children.  She knew they were capable, but was afraid that the kids wouldn’t appreciate her if she didn’t do these things for them.  She was afraid of not being appreciated, but ultimately they were grumpy anyway… because, hormones.  (I am not looking forward to this stage of motherhood!)   But, it made me so happy that I started early on having the kids make their own lunch.  I make sure there is washed fruit and cut veggies in the fridge along with good snacks they can take to school, and the rest is up to them.

This morning, both George and Kiki filled their lunchbox (it has three compartments) with bell peppers, an orange, and primarily with trader joe’s Pirates Booty.  They had yogurt and an apple for a snack.   I threw some almonds in there too – which of course they didn’t eat – and sent them off to school.  Just like us, they want different things on different days, and they are learning early on what foods are good fuel and what will and won’t sustain them.

It takes courage for me to let them pack their lunches.  It helps when I remind myself that some days they make hummus from scratch and bring veggies. The bottom line is that they have to learn to do these things for themselves and I have to be ok with being judged as the mom with the kids who packed Pirates Booty.

Ultimately I believe letting them be in charge of their own lunches is making them be better people.  It also takes one thing (well three) off my plate in the mornings which is amazing.  I am proud of them.

P.S. – I managed to find a picture of “the shirt” … it took me a long time to embrace and be okay with it, so there aren’t many pictures. Thank you H&M for stocking them in bulk.  This is from the last day of first grade.  Yes, she still wore it albeit less frequently!  We actually just painted her room this color because she loves it so much.  She said it helps her feel calm.  Two of the shirts made it into third grade and still hang in her closet.  No problem kiddo – I’ve got your back.

I promise to have the courage to love and support my kids no matter what.